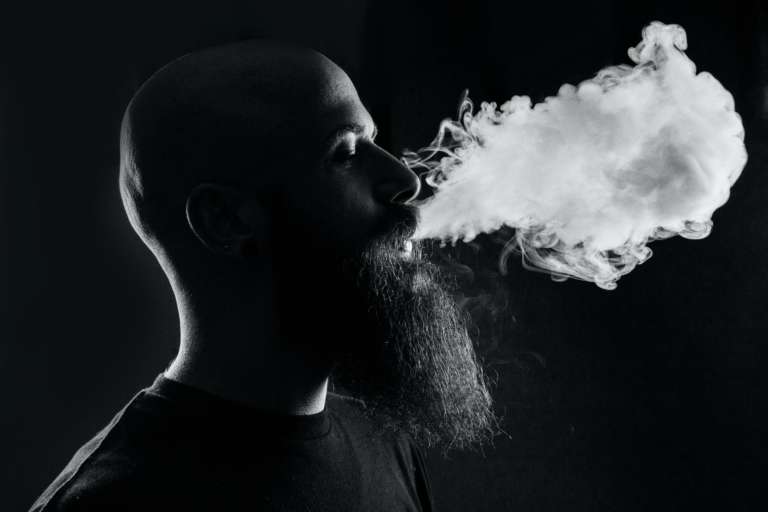 What are the top fake vape carts to watch out for in the market this year? Read on to find out.

Top brands of counterfeit and fake THC cartridges in 2021.

Despite last year’s national news about counterfeit THC cartridges in the United States, the illegal market for hash oil cartridges is still alive and well. We decided to take a look at the most popular unlicensed cartridges and shed some light on this issue. It is important to beware of the scam of street dealers claiming to have pure THC cartridges from California. In reality, this is low-grade cannabis oil that cannot be sold legally and is therefore sold on the black market.

Generally, unlicensed cartridges are sold at much lower prices than dispensaries such as drdabber, vessels, kandypens and many others. However, criminals are selling counterfeit brands of popular THC cartridges at the same prices as dispensaries.

They do this in an attempt to further legitimize their fake THC cartridges. Inhaling contaminated hash oil cartridges can cause serious health problems. It is safer to buy THC oil cartridges for vaping only from licensed dispensaries. We are investigating people who buy and sell unlicensed and counterfeit cartridges in the United States.

Unfortunately, it is young people who consume these defective cartridges the most. This is because the average age for recreational use of cannabis in places where it is legalized is 21 years old. Those under that age must have a medical recommendation from a medical practitioner. Cost-conscious teens avoid licensed cartridges to save money. Unlicensed THC cartridges sell for much less than licensed products.

People trying to save money on hash oil cartridges.

People who buy fake THC oil cartridges think they are getting a good deal by avoiding taxes and other associated fees, but in reality they are paying with their health. Unfortunately, the black market is taking advantage of people trying to save money on THC oil cartridges. People are reporting shortness of breath and chest pain from frequent use of unlicensed THC cartridges. Saving money on these cheap and dirty cannabis oil vaporizer cartridges can cost a lot of money in medical bills.

We urge the cannabis community not to risk their health by using unauthorized THC cartridges.

People who sell ready-to-use cannabis oil cartridges are criminals. They are selling cannabis oil that is not pure, and they are knowingly doing so. Laboratory tests on black market THC cartridges have revealed the presence of pesticides and other chemicals harmful to humans. Criminals have even attempted to coat hash oil with fillers that have caused health problems in people.

Criminals are illegally selling vape cartridges containing THC oil on social media platforms like Snapchat and Instagram. They even go further and scam people by promising to send THC cartridges in the mail if they pay online. Of course, they run off with the money and never send THC cartridges.

The market for illegal THC cartridges for vaping has exploded with a plethora of creative packaging. Many packages contain copyright-infringing elements, such as Bart’s carts with characters from The Simpsons. Instagram accounts of these unlicensed cannabis oil cartridge brands are popping up and attracting a large number of users. Before the national media started denouncing these fake THC vape cartridge brands, they were able to grow with tens of thousands of followers on Instagram.

Again, the safest place to buy cannabis oil cartridges is a licensed dispensary. If you are in a place where cannabis is not legalized, we strongly recommend that you avoid buying it on the street. Don’t be fooled by the attractive packaging, which is intended to distract from the THC oil it contains.

Off White cartridges attempt to distinguish themselves from the average 510 threaded vape cartridge. They are just another illegal THC cartridge. Rove brand cartridges are also victims of counterfeiting.

No, The Simpsons does not have its own pot of THC oil with Bart’s name on it. This will never go away because it is clearly aimed at the teens and young adults that make up the audience of this TV show. Bart Carts is not affiliated with any licensed company, it is simply a black market cartridge brand. In general, fake THC cartridges like Bart Carts are not pesticide-free.

Avoid “smart” shopping carts, as they are misleading.

The Smart carts brand has been proven to be nothing more than a scam in terms of the amount of THC oil it contains. It is just a contrived package to fool people, and there is video evidence on the internet to back it up. Like all the other black market THC cartridges on this list, there is no real company behind this product. Rather, it’s a way to make black market cannabis users think they’re getting a good deal.

Exotic carts: one of the first brands of black market cars

Exotic cartridges appeared in Los Angeles a few years ago. No real company has taken credit for this illegal product in the form of cannabis oil cartridges. Stay as far away from Exotic Carts as possible, as they are contaminated, according to lab reports. There is no real company behind Exotic Carts and it should be avoided as a corona virus. Empty packs of Exotic Carts can be purchased online for a few cents. Exotic Carts are used to pump THC oil, which is potentially dangerous and deadly.

Thanks to vapes cartridges are associated with diseases caused by vaping.

The Dank vapes brand came out of nowhere and gained popularity almost overnight. It was one of the first vapes that started selling low-quality cannabis oil on the black market. Dank vapes are also associated with synthetic cannabinoids. A Reddit user with a drug testing kit used it on a dank vapes cartridge and found synthetic cannabinoids. This brand of black market THC cartridges has been linked to numerous hospitalizations. People used these cheap 510 refill cartridges and had health problems.

The packaging of this brand of vape cartridges sold on the black market depicts the Super Mario character. Unfortunately, these low-quality cartridges are aimed at teenagers and young girls. Nintendo has never commented on the release of the Super Mario THC cartridge. It turns out that these 510 preloaded cartridges are nothing more than dirty distilled oil. See Mario Cart pesticide lab test results here.

To make matters worse, the cartridge failed a laboratory test for heavy metal content. Lead was detected in the material from which Mario’s cartridge was made.

Don’t be fooled by fake packs of your favorite brands of THC cartridges. People buy empty THC cartridge packs of popular brands and fill them with homemade hash oil. Most of the time this is cannabis oil extracted from pesticide-laden cones.

If someone tells you they have Raw Garden cartridges at a lower price than the pharmacy, it’s probably not true. This company has taken action by putting stickers on their products with invalid information. They have also recently changed from white tubes to clear plastic tubes for vapor cartridge packaging. The Raw Garden brand’s popularity has skyrocketed after winning several Cannabis Cups. Its prominence in the cannabis community has attracted the attention of counterfeiters.

Thanks to the Internet, criminals are becoming increasingly adept at deception. The fake Instagram account was created for a California-based cannabis oil cartridge brand called TKO Extracts. However, the fake brand used the name TKO Carts. This led many people to confuse the real licensed brand with unlicensed TKO Carts. People confused the fake brand with the real brand, and the fake TKO Carts had a larger following than the licensed brand.

Fake cartridge brand TKO was banned on Instagram shortly after attempting to share fake lab test results. The lab that produced the report they attempted to falsify was quick to make it clear that it wasn’t real.

Safe hash oil cartridges have been tested in the laboratory.

Going to a licensed dispensary is the safest way to buy authentic THC cartridges. Beware of cartridges that do not provide validated lab test results from a reputable lab website. Anyone can create fictitious lab test results that prove their product is clean, but you can’t fake a link to a report from a trusted lab site.

Today, hash oil cartridges are still the most convenient way to get high quickly. Not everyone has time to wait and heat a nail with a lighter. People don’t even have time to press the button anymore. This is evident in the fact that many popular brands of cannabis oil cartridges now sell vape pen batteries without a button. The best example is the sleek white vape battery released by Raw Garden, which delivers a hit without the need to press a button.

The Hot Knife hash oil has come a long way. It has evolved into an electronic device that instantly produces concentrated THC vapor. The hash oil itself has been improved through technology and science to have a stronger effect. Today, hash oil is not what it used to be, it is much more advanced. There are now laws in place to ensure the purity of cannabis extracts for use, and it is important to take advantage of it for your own good.

Many people rely on THC cartridges as an effective treatment for many ailments. These people are united in the 21,000 users who have joined the subreddit Fake Cartridges. Many people fear they have purchased a fake cannabis oil cartridge. People are also sharing their personal stories of health problems related to using fake cartridges and fake street brands.

We highly recommend you to check out our list of the best THC cartridges in 2021. Please share information about the dangers of fake THC cartridges, it can help prevent health problems for someone. When you buy a hash oil cartridge from a dispensary, you avoid the risk of serious health problems.

How to Develop Concentration: 5 Effective Ways to Become More Attentive

How to Get Smarter: Simple Rules to Boost Your Brain